A cat tried to kill my first roommate in New York City. Granted, it had the right idea. Full story here: Why I Hate Cats.

Here’s the link to my other Thought Catalog piece, in case you missed it: How Many Children to Have: A Scientific Analysis.

When Mr. Ben and I were in Asheville, we took a detour to the quaint town of Black Mountain, which sounds like a cursed kingdom straight out of Game of Thrones but was in actuality sunny and pleasant, with studios for both yoga and pilates, and lots of inoffensive artists.

The town’s Tomahawk Lake was also much more suburban-seeming than it sounds. (How about some truth in advertising, North Carolina?)

We were headed down Church Street to Main Street for some window shopping when I noticed a shingle outside a building. “Look, Mr. Ben!” said I. “It’s the Southern Legal Resource Center!” 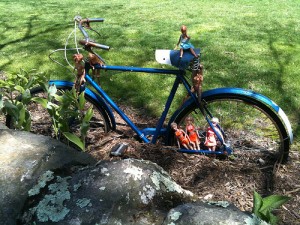 Mr. Ben would ply his attorney’s trade as a partner at the Southern Legal Resource Center, no doubt defending low-income, persecuted defendants, like those represented by the Southern Poverty Law Center and the ACLU. I’d write. We’d grow vegetables in our yard, and raise some of the wild-and-free, life-lovin’, plump, glossy chickens we saw people raising, and hang out in the anarchist cooperative bookstore-event-space-and-vegan-cafe in town, and play Dance Central, skee ball, and Tetris at Arcade, and drink $8 flights of artisinal beer at the Thirsty Monk, and generally have a grand old time.

Stars firmly in place in our eyes, we walked up the stairs to meet Mr. Ben’s future partner. Why not? It was a Monday; odds are he’d be hard at work defending the depressed and dejected. Indeed, there he was in his adorable old-timey office under a ceiling fan, a stout, older white gentleman with a handlebar mustache.

He greeted us effusively, shook hands, and began describing his practice. Turns out we weren’t too far off in our guesses of what he did: his focus was in First Amendment law.

Specifically, the First Amendment right to display the Confederate Flag.

Our jaws dropped, and before we could reach down and dust them off, he had asked us cheerfully where we were from.

Mr. Ben shot me a puzzled look and mouthed, “Regiment?,” as the lawyer began searching through the piles of debris on his floor. At last, he stood up again, triumphant, holding a conical helmet that reminded me of the hat the Pope wears, only bronze.

Across the hall, he showed us one of his “Rev War” get ups, which he kept next to an overflowing bookcase full of Confederate history books. I kept scanning them as he spoke, in animated language, about how important free expression was, and how the North, ironically, gets it more than the South does (Southern high schools being a bit touchy about displays of Dixie). Mr. Ben and I did a lot of smiling and nodding, and then we had a nice discussion of pivotal 1st Amendment cases like Tinker and “Bong Hits 4 Jesus” and “I [heart] Boobies.” Finally, it was time to go.

Mr. Ben picked up a “Sons of Confederate Veterans” newsletter on our way out the door, and we made it back to the street before I burst out laughing. I do love my crazy country, I do indeed.

My favorite spam-fax from the Westboro Baptist Church is all about Figs. It’s also a clear rip off of Jeff Foxworthy.

More likely you are an evil fig.

Until we got this sheet, I didn’t know why the sensitive and intelligent folks at the WBC chose to send the company I work for faxes everyday. (One we get frequently mentions Matthew Shepard, who it says “has been in hell these eleven years.”) Now I realize: it’s because we’re evil figs! Although I’m not sure we loudly proclaim we’re entitled to anything, or that we would turn down any free food, even the Bread of Life. Still, we meet the general requirements.

Guess what, Westboro Baptist Church? I may be an evil fig but I’ve got one up on you. Hear that whooshing sound? That’s me turning the other cheek.

Oh yes. That’s right. I FORGIVE YOU. I have out-Christianed you, and on Ash Wednesday no less. So stuff that in your fax machine. And have a nice day.