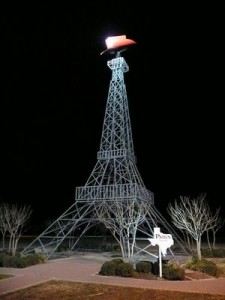 My very first Hairpin piece is up! Check it out: The  Great European Cities Tour of America.

“It is a fact both true and sad that Europe, while awesome and filled with classy old buildings, is expensive. A boyfriend  backpacking there after the decline of the dollar told me he missed fruit, which cost too much, and made the wistful  request that I eat grapes for him. He also gave up shaving rather than shell out for razors.

But unsightly facial hair and scurvy need not be the prices you pay for travel! Not if you do it right. …”

Go read it! Then come back for a meta-discussion.

For the Berlin section, editrix extraordinaire Edith Zimmerman and I went back and forth about what a funny motto for  Berlin would be. I suggested, “The city where the sweet old man feeding pigeons in the park may have turned your Nana  into a lampshade!” She pointed out, politely, that that was a bit of a shift in tone from the rest of the piece.

After much deliberation & brainstorming, I presented her with the following less macabre alternatives:

* “BERLIN: The city that runs on Spaetzle.”

* “BERLIN: The city where even six-year-olds are cooler than you.”

* “BERLIN: Where even Hitler fell in love.”

* “BERLIN: Where they are really, really sorry about that thing that happened.”

Which one do you like best? Can you suggest something better? Edith went with “spaetzle,” which WordPress spell-check does not recognize as a word, btw. But I have eaten it at the Neue Gallerie’s restaurant and I have learned it is for real. It is real inside you for DAYS.

ETA: This has now been cross-posted on the Awl. Wow. The day a girl comes across herself on Google reader is a happy day indeed.

4 thoughts on “The Great European Cities Tour of America”