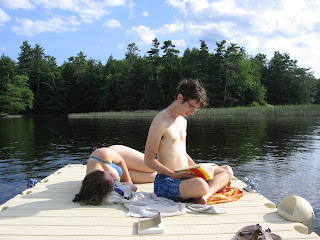 On our trip to Maine last week, we decided that we had to eat either blueberries or lobster every day. In effect, we decided to eat lots of blueberries, because it turns out that lobster is hella expensive even in Maine, where I figured they basically give you two just for waking up in the morning. But we all got gold medals in blueberry eating: in pie, in muffins, on yogurt, on ice cream, and straight off the bush.

Also, I learned that Maine is about much more than food. It’s also about really cold water. The water up there was clearly on loan from Titanic. One lovely day, just outside the idyllic, remote town of Machias, we decided to risk hypothermia, just for fun. We swam out to a bridge, let the river’s rapids carry us, screaming, to the other side, and then swam quickly towards shore to avoid getting dragged out to sea and ending up dropped on a beach in Newfoundland looking like the Montauk Monster. 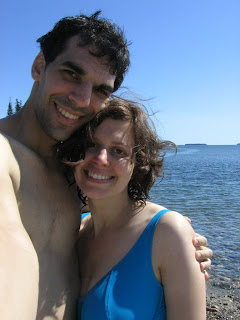 It was awesome. And, to thaw out our purple fingers afterwards, the lovely family we were visiting gave us all china teacups of homemade lobster bisque. It was as salty as the many locals who cut their eyes at us at rural gas stations along Coastal Route 1. 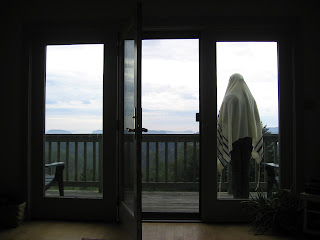 We also spent one long, hilarious night playing Settlers of Catan, a German colonialist board game. It’s like Diplomacy meets Monopoly meets Sim City, and it’s so absorbing we were up til 2:00 AM. We didn’t even remember to watch the Olympics.

The area where Ben’s dad has a beautifully decorated house is peaceful and small; there was very little to do except to tire ourselves out walking in the woods or on rocky beaches during the day, cook a lot, and then fall into a stupor not long after sunset. We did make it to an adorable little library, watched over by a woman who knew the name of everyone who came in. I listened to her making personalized recommendations and I realized that, in another life, I would totally be her. And pretty happy, too. 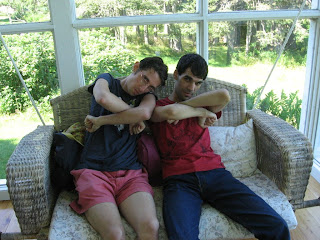